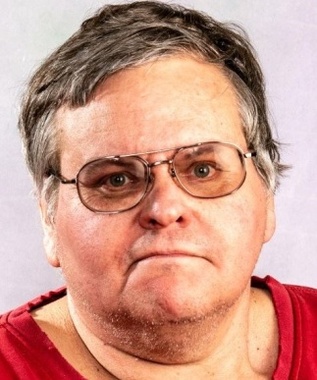 Back to Brian's story

Brian J. "Bubba" Seely, 51, of Cochranton, PA, passed away unexpectedly after a brief illness on April 25, 2019 at Meadville Medical Center. He was born in Meadville, PA on August 18, 1967 to James and Joan (DuPont) Seely.
He was a 1985 graduate of Franklin High School. He has been employed for over 30 years in the maintenance department for the Franklin Area School District. He was the owner/operator of Seely Small Engine Repair and owned "Photographic Memorys."
Brian attended Christ United Methodist Church of Franklin. He was a member of Myrtle Lodge #316 of Franklin, The Order of the Eastern Star Morris Chapter 14, an active youth director for Rainbow Girls and DeMolgy, and Meadville Moose Club Lodge #2505. He was an avid go-kart racing fan, sold go-kart parts, an avid tractor pull fan and tractor puller, which he enjoyed with his father and many friends. He also enjoyed taking photos.
Brian is survived by his mother, Joan Seely of Cochranton; aunts and uncles, Pauline Shirley of Cooperstown; Don and Martha DuPont of Cochranton; Ray and Jeannine DuPont of Austin, TX; Lester and Wanda DuPont of Utica; Ron and Louise Seely of Cochranton; Dave and Wanda Jewell of Carlton; Norm and Naomi Seely of Salem, OH; close friends, Dave and Heidi Tomlinson of Ravenna, OH and Luke and Brooke Hoffman and their children, Karter and Katie of Franklin; as well as numerous cousins.
He was preceded in death by his father, James Seely; his grandparents, Harold and Alice DuPont and Lawrence and Caroline Seely; and his cousin Eddie Ralston.
Calling hours will be held Sunday, April 28, 2019 from 2 to 4 p.m. and 6 to 8 p.m. at the Dickson Family Funeral Home, 123 South Franklin Street, Cochranton, PA. At 5:45 p.m. on Sunday there will be a Masonic Service. The funeral service will be held on Monday, April 29, 2019 at 10:00 a.m. with Reverend Darrell Greenawalt officiating. A private burial will be held at Peter's Cemetery.
In lieu of flowers memorial contributions may be made to the Masonic Youth Foundation, Patton Hall, Masonic Conference Center, 1244 Bainbridge Road, Elizabethtown, PA 17022.
Arrangements have been entrusted to the DICKSON FAMILY FUNERAL HOME, 123 SOUTH FRANKLIN STREET, COCHRANTON, PA 16314
Published on April 26, 2019
To plant a tree in memory of Brian J. 'Bubba' Seely, please visit Tribute Store.

Plant a tree in memory
of Brian

A place to share condolences and memories.
The guestbook expires on July 25, 2019.

Restore the guestbook to view the 10 more posts by family and friends, and share a memory or message of condolence of your own.