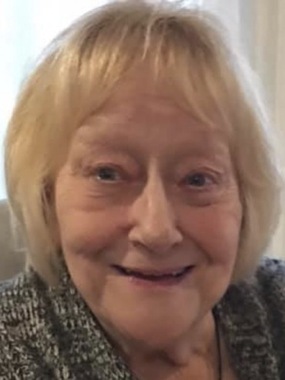 Back to Carol's story

Carol Anne Kuhn (Wilbur), 75, of Atlantic passed away Sunday, September 8th at St. Vincent Hospital. She was born August 15, 1944 in Millville, PA a daughter of the late Evelyn Drebert Wessig and Helmut Arant Wessig. Carol married William P. Kuhn Sr. on September 28, 1963.
She was a 1962 graduate of Conneaut Lake High School. Carol worked many different places throughout her life. She farmed for 25 years, drove bus for the Conneaut Lake school district, was a supervisor at Kmart, and the famous "door lady" at Station #3 VFD.
Carol says her most important accomplishment was "my family, that's all I ever wanted." She also loved her many friends and being a sport's "mom", then "grandma" and she was known for ringing her cowbells at all her grandkids sporting events. She was a member of Conneaut Lake Station #3 and Pumphouse #45. She was a social butterfly and made friends wherever she went, everyone knew Carol.
She is survived by two daughters, Christine Seher and her husband, Donald, of Cambridge Springs, and Lisa Betts and her husband, David, of Atlantic; a son, William P. Kuhn II and his wife, Tracey, of Hartstown; eight grandchildren, Aubrey Betts, Kaelyn Tingley and her husband, Trevor, Kyler Betts and his significant other, Tarah York, Kameron Betts, William P. Kuhn III and his wife, Colleen, Ryan Kuhn and his wife, Alexa, Abbey Kuhn, and Madison Seher; two great grandchildren, Chayton Kuhn (William) and Everly Betts (Kyler); and numerous nieces and nephews. She loved her family so much.
Carol was preceded in death by her husband, William P. Kuhn Sr., her parents, an infant daughter, Amy Beth Kuhn, and two sisters, Virginia and Marylou.
Calling hours will be on Wednesday, September 11, 2019 from 2-4 and 6-8 PM at Dickson Funeral Home. A Funeral will be on Thursday, September 12, 2019 at 11AM at the funeral home. Carol will be laid to rest at Denny's Cemetery next to her late husband.
Please sign the online guestbook at hatheway-tedesco.com. Arrangements have been entrusted to Dickson Funeral Home and Crematory, 130 N. Second St. Conneaut Lake, PA 16316, Rocco R. Tedesco, III, Supervisor.
Published on September 9, 2019
To plant a tree in memory of Carol Anne Kuhn (Wilbur), please visit Tribute Store.

Plant a tree in memory
of Carol

A place to share condolences and memories.
The guestbook expires on December 08, 2019.

Restore the guestbook to view the 8 more posts by family and friends, and share a memory or message of condolence of your own.