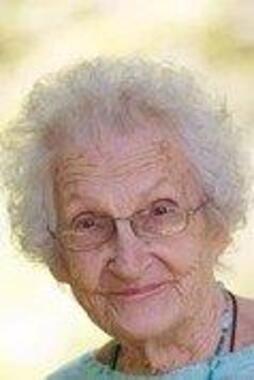 Cloa Jean Ohle Davis, 94, formerly of Cochranton and a resident of Wesbury Methodist Community, died Thursday, June 20, 2019 at her residence. Born, February 23, 1925 in Hadley, she was the daughter of Ralph A. and Fleda V. Bartz Ohle. She married Henry L. Davis on August 6, 1949 and he preceded her in death on November 21, 1993.
She was a 1943 graduate of Hadley High School and also graduated from the Meadville City Hospital School of Nursing, which was sponsored by the Government Cadet Corp in which she served following her high school graduation. She also worked at Abex and was a registered nurse at the former Meadville City Hospital in the Pediatrics Department.
Jean loved to travel, helping others, knitting and crocheting.
Survivors include her children, Kyle Brenot of Meadville, Karla Lippert of Cambridge Springs, Gerald E. Davis Sr. and his wife Madalyn of Meadville and Tanya Fulmer and her husband Harold of New Smyrna Beach, Florida. 12 grandchildren: Deanna Orr, Kandis Hall, Anita Carter, Melanie Bourgerie, Sheri Baker, Jerry Davis, Valerie Dies, Kevin Brenot, Christopher Lippert, Tom Brenot, Erin Moore and Jenny Moore. 20 great grandchildren and 10 great great grandchildren, a brother, Robert B. Ohle and his wife Kathleen of Flat Rock, NC, and a sister in law Helen Ohle of Greenville and several nieces and nephews.
In addition to her husband and parents, she was preceded in death by a sister, Davee Fish, 3 brothers, Ralph Jr., William and Duane, a son in law, Patrick Brenot and a grandson PJ Brenot and a great grandson, Joey Steele
Friends and family will be received at the DICKSON FAMILY FUNERAL HOME, INC., 123 S. Franklin St., Cochranton on Monday, June 24, 2019 from 4pm until 7pm. Funeral services will be 11:00am on Tuesday at the funeral home with the Rev. Dr. Brian Jensen of the Meadville First Presbyterian Church, officiating.
Interment will be in the Cochranton Cemetery.
In lieu of flowers memorials can be made in Jean's name to the Yolanda Barco Oncology Center, 16792, Conneaut Lake Rd., Meadville PA 16335.
Published on June 21, 2019
To plant a tree in memory of Cloa Jean Ohle Davis, please visit Tribute Store.

Plant a tree in memory
of Cloa

A place to share condolences and memories.
The guestbook expires on September 19, 2019.

Restore the guestbook to view the 5 more posts by family and friends, and share a memory or message of condolence of your own.