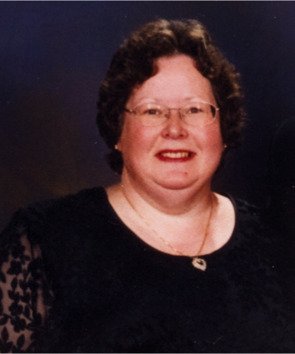 Back to Delia's story

Sue was born on January 26th, 1949 to William and Barbara (Carlson) Quinn in Titusville, PA. One of eleven siblings, Sue was a graduate of Meadville Area Senior High School with the class of 1966, before moving to Fargo, ND to attend Barber College. After completing Barber College, Sue perfected her craft in North Dakota and Minnesota before moving to Bainbridge Island, WA in the early 80's. Sue worked as a barber at Norris Barber Shop on Bainbridge Island for over a decade before fulfilling her dream of opening Quinn's Barbershop at the Grosvenor House in Seattle, WA in 1994. It was during her commute in to the city that Sue befriended Thomas M. Davis of Bainbridge Island, WA. The two wed in 1996 and shared 23 years of love and laughter.

Sue was preceded in death by her brothers Bob Quinn, Gene Quinn, Harold Quinn and Billy Quinn, and sister Betty Pavia. She is survived by her husband Thomas M. Davis, brothers Ken Quinn, Tom Quinn, and sisters Peg Quinn, Eileen Quinn and Chris (Quinn) Frantz. Aunt Sue, as she was known, leaves behind many nieces and nephews who will remember her as a kind, generous, and loving soul that never met a stranger she couldn't turn in to a friend.

There will be a private celebration of life on January 26th, 2020 for family and close friends in Poulsbo, WA. In lieu of flowers, memorial donations can be made in the name of Delia Sue Quinn to the Kitsap Humane Society.
Published on January 11, 2020
To send flowers to the family of Delia Sue Quinn, please visit Tribute Store.

Send flowers
in memory of Delia

A place to share condolences and memories.
The guestbook expires on April 10, 2020.

Clarence Kightlinger
Sue and I became friends in Jr. High School in Meadville, Pa. We remained friends all these years. I will miss he laughter and advice. R.I.P. my dear ftiend.
Carol Bethle
Sue was my friend when she lived with her sister Betty she was a great lady.So sorry for your loss,Thought ,Prayers & Love To All RIP Sue
James Small
SUE'S BARBER SHOP WAS MIDWAY BETWEEN MY APARTMENT ON 5TH AVE. AND WHERE I WORKED IN THE UNITED AIRLIES BLDG WHERE JAZZ ALLEY IS. I WOULD STOP BY ON MY WAY HOME ,GET A HAIRCUT AND HAVE SNACKS AND CHAT. AFTER SHE CLOSED UP SHOP I WOULD GIVE HER AND HER BEST FRIEND CAROLE PETERS A RIDE TO THE FERRY DOCK TO GET THEIR BOAT HOME TO BAINBRIDGE ISLAND. SHE ALSO INVITED ME TO HER FAMILIES GIFT EXCHANGE BEFORE CHRISTMAS. SHE WAS A VERY DEAR AND LOVING FRIEND! OMG YES, SHE GAVE ME SO MUCH ADVICE HOW TO LIVE MY LIFE. "THAT DIDN'T WORK TOO WELL!" GOD BLESS SUE DELIAH !"
View all