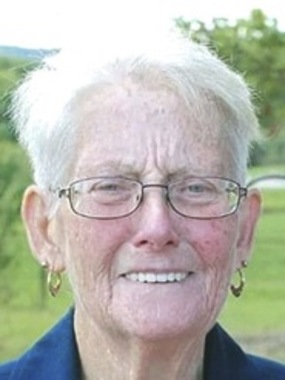 Delores Jean Perry, age 67, of Meadville passed away unexpectedly at Meadville Medical Center with family by her side on November 28, 2019. She was born August 28, 1952 in Erie, PA to the late Earl and Sylvania (Turner) Tharp. She married Julian Rudolph Perry December 27, 1969. He preceded her in death on July 18, 1999.
She was a homemaker. She enjoyed doing puzzles, quilting, gardening and flowers. She had a beautiful voice and enjoyed singing. She loved spending time with her family and lived for her grandbabies. She was famous for her family dinners.
Delores was a member of the Church of Jesus Christ in God of Erie, PA.
She is survived by 3 daughters, Lorie Ann (Perry) Rendulic (Richard) of Shermansville, PA, Lisa Ann Olinzock (Alan) of Eastpointe, MI and Tina Marie Perry, one son, Robert Perry (Tabatha) of Meadville, PA; 6 grandchildren, Joshua Ryan Williams, Alan Olinzock, Jr., Kaitlynn Perry, Robert Perry, Jr., Juliann Perry and Joseph Perry; her first great-grandson, Connor, five sisters and six brothers.
She was preceded in death by her husband; her parents; a son, Julian Perry, Jr.; a daughter, Sylvania Perry; a granddaughter, Emily-Jean Olinzock, one brother and three sisters.
Family and friends are invited to call Wednesday, December 4, 2019 from 1-3 p.m. at Hatheway-Tedesco Funeral Home. Service will be at 3 p.m. at the funeral home with Pastor Mark Villars officiating.
In lieu of flowers, donations can be made to the family in c/o Hatheway-Tedesco Funeral Home.
Please sign Delores' guestbook at www.hatheway-tedesco.com.
Arrangements have been entrusted to Hatheway-Tedesco Funeral Home and Crematory, 614 Baldwin St., Meadville, PA 16335.
Published on November 30, 2019
To plant a tree in memory of Delores Perry, please visit Tribute Store.

Plant a tree in memory
of Delores

A place to share condolences and memories.
The guestbook expires on February 28, 2020.

Dennis E Wright
I can't say enough great thing's about you aunt Jean you were definitely a light for God to shine through, you always were encouraging to me to seek the Lord. I will keep you I my heart always, I miss you n love you very much!!!!!!!
Betty schley
To a very special person you will be missed alot . God takes the best.
Chris, Anna, Cara, & Rebecca Willis

Dale Sims
Jean was very good to me and I loved her very much. She was a wonderful friend and will be greatly missed.
Ken Gough

Full Of Love Bouquet was purchased for the family of Delores Perry by Ken Gough.  Send flowers

Tommy n Stephanie wright
Aunt jean im really going to miss being able to come up and see u and have r little talks we had out back on ur porch we love you so mych and already miss you but we will never forget you u will always be in our hearts
Renee Shreve
I'm so glad i got a chance to meet her when she was at Donna's.
Bonnie Salyers Breakiron
Jeannie was one of the sweetest cousin's always greeted you with a smile. Prayers for her family.
Rusty Fisher
she was like a sister to me. Her and Rudy raised some great kids. It was a pleasure being part of the family. Holidays were a little crowded with all the brothers and sisters and their kids. You were always welcomed with opened arms. she will be missed by all of us. She has gone to a better place. No more pain and suffering for her. Say hello to mom and dad for me. Love and prayers to the family.
Martin Rushmore Sr.
So sorry for the loss of such a great lady. She will be missed by all that knew her. If, you need anything please let us know.
Val Tharp Kinney
Prayers to all. Love you all.
View all