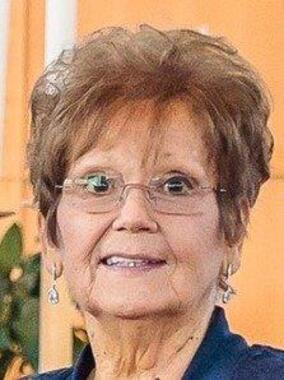 Back to Janet's story

Janet M. Kline, 80, of 984 New Lebanon Road, Carlton, passed away Saturday, April 20, 2019, at her home surrounded by her family and loved ones.
Janet was born in Carlton, on April 5, 1939, to the late Kenneth D. and Elsie M. Johnson Peterson.
Janet attended elementary school at the Milledgville School, graduated from Cochranton High School and was a graduate of Real Estate School, Behrend College, Erie, PA.
Janet worked at Morco Company of Cochranton for 8 years before opening her own business, Mid-Aire Associates Rainbow Distributor for 23 years, which she and her daughter, Beth, operated before retiring in 2007.
Janet married Kenneth W. Kline on November 16, 1957. Together they shared 62 amazing years and raised their 3 children. Together they enjoyed the love of the outdoors, riding four-wheelers, and walking in the woods. They enjoyed gardening together and planting flowers, and you could always find her working in the flower beds around their country home.
Janet enjoyed playing guitar and singing country music. Along with her daughter, Vicki, they played music together for the past 30 years. Janet traveled to several of the eastern states, meeting and opening shows for several of the big country stars. Janet played with several local bands, before starting her own all girls band called "Earth Angels."
Her grandchildren were the light of her life and she seemed to have an endless supply of energy, time and patience to attend all of their sporting events, especially baseball, where she seldom missed a game from the T-Ball years to college. She also enjoyed attending the many pageants of her only granddaughter. You could always find her with her camera capturing all of their special moments.
Janet is survived by her husband of 62 years, Kenneth W. Kline, of Carlton and her son, Mark Kline and, wife, Kathy, of Carlton, daughters, Vicki Turner, of Cochranton, and Beth Northcott and, husband, Scott, also of Cochranton.
She is also survived by her 5 grandchildren: Jerod (wife Rebecca), Cody and Ryan Northcott, and Kaitlynne and Nathan Kline; her brothers, Kenneth W. Peterson (wife Margaret), of Utica, Richard Peterson, of Cochranton, and William Peterson (wife Kathy), of Arkansas.
Family and friends are invited to share memories and condolences with the family at Dickson Family Funeral Home of Cochranton, on Monday, April 22, from 2 to 4 p.m. and 7 to 9 p.m. Funeral services to be held on Tuesday, April 23, at 11 a.m. at the funeral home with Rev. David Brumagin presiding.
Interment will be in Cochranton cemetery.
Published on April 21, 2019
To plant a tree in memory of Janet M. Kline, please visit Tribute Store.

Plant a tree in memory
of Janet

A place to share condolences and memories.
The guestbook expires on July 19, 2019.

Restore the guestbook to view the 7 more posts by family and friends, and share a memory or message of condolence of your own.