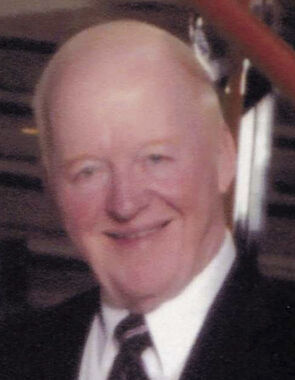 Back to Larry's story

Larry G. Quigley, 77, of Meadville, passed away Tuesday, February 11, 2020 at his residence following an extended battle with Pulmonary Fibrosis.

He was born October 25, 1942 in Meadville, a son of Burdette and Bernice Shellenberger Quigley. He married Delores (Dee) Wallace May 25, 1968.

Larry was a 1960 graduate of Conneaut Lake High School. He served in the U.S. Army Reserves. He was a member of Pipefitters Union Local 449, Pittsburgh for almost 50 years. He previously worked for Thermo King in Minneapolis, Chicago, Akron, and Wexford as well as for PPG.

Larry enjoyed golfing where he achieved four holes in one, hunting, traveling, wintering in Florida, and was an avid fisherman.

In addition to his parents, he was preceded in death by a sister, Janet Copeland and his father-in-law, James Wallace.

The funeral service will be Friday, February 14th at 11:00 a.m. at the funeral home with the Rev. Sarah Roncolato, Pastor of Stone United Methodist Church, officiating.

Interment will be in Greendale Cemetery.

Memorials may be made to Stone United Methodist Church, 956 S. Main St., Meadville, PA 16335 or to a charity of the donor's choice.

Memories and condolences may be shared at www.waidfuneralhome.net.
Published on February 11, 2020
To send flowers to the family of Larry G. Quigley, please visit Tribute Store.

Send flowers
in memory of Larry

I am so sorry for your loss. Larry was a wonderful man and a great cousin. I know he was a good friend to my parents. You and the whole family are in my thoughts and prayers.
Cindy Passilla
Oh Dee...my heart aches for you. May the good lord wrap his arms around you both and give you peace.
Lawrence Duffy
I only knew Larry for a short time but I thoroughly enjoyed his company on the golf course and sitting around after a round of golf and shooting the breeze. God be with you Larry.
Larry and Jeanne Albaugh
/we're sending love because words are pointless right now.
Bonnie Molke
Dear Dee,
Didn’t see Larry often but always was pleasant visit when I did. RIP distant cousin. Our prayers and peace to you Dee.
Love
Jack and Bonnie Hall Molke
Edwin Norris

Blue Caribbean was purchased for the family of Larry G. Quigley by Edwin Norris.  Send flowers