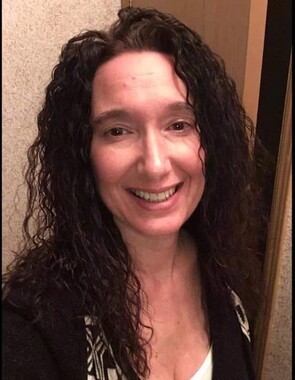 Back to Mindy's story

Mindy Rankin, 55, of Conneautville passed away Sunday September 8, 2019 at West Penn Hospital in Pittsburgh following an extended illness. She was born April 14, 1964 in Conneautville, PA to Joan (Avey) Miller and the late Edgar Miller. She married Gregory Rankin October 16, 1986. He survives.
Mindy was a 1982 graduate of Conneaut Valley High School where she made many lifelong friends. She then started working for King's restaurants in Meadville and Bridgeville, working there for 35 years until her health began to deteriorate. She was well known for her quick wit and her genuine love of others and of animals. She was fiercely devoted to her family and her friends.
In addition to her mother, she is survived by her husband, Greg, of 32 years, two sons Stevie Ray and Connor Cameron, a brother Jock (Maria) Miller, a sister Christine Miller, three nieces, Amanda, Brittany and Sierra, two nephews, Shawn and Damian, three great-nieces and nephews as well as numerous friends.
She is preceded in death by her father and a half-brother Phillip.
Friends and family are invited to call on Thursday September 12, 2019 from 5-6:30 PM with an informal celebration of life beginning at 6:30 at the funeral home. The family requests that those in attendance think about a story or a memory to share because Mindy loved to reminisce and talk about happy memories.
In lieu of flowers memorial contributions can be made to a NO KILL animal shelter of donor's choice or to St. Jude's Children's Hospital 501 St. Jude Place, Memphis, TN 3810.
Arrangements are under the care of McCauley Funeral Home 1405 Main St. Conneautville, PA.
Online condolences can be left for the family at mccauleyfuneralhome.website
Published on September 9, 2019
To plant a tree in memory of Mindy Rankin, please visit Tribute Store.

Plant a tree in memory
of Mindy

A place to share condolences and memories.
The guestbook expires on December 08, 2019.

Restore the guestbook to view the 21 more posts by family and friends, and share a memory or message of condolence of your own.