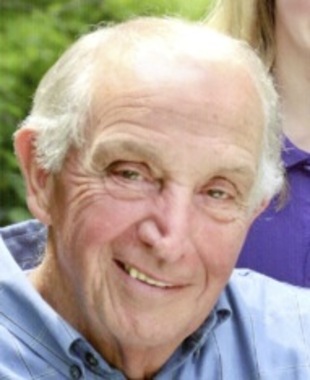 Back to Richard's story

Richard William White, age 77, of Cambridge Springs, Pennsylvania, died peacefully at home on Tuesday, February 4, 2020, after an extended illness. Born January 31, 1943, in Grove City, Pennsylvania, he was the son of the late Dominic Joseph White and the late Elizabeth Leona Russo White. After the untimely death of Richard's loving mother in 1949, Dominic wed Mary Fatobeno Lovaglio White in 1951, and a larger and loving family was formed. Throughout his lifetime, however, Richard was greatly appreciative of the love shared with the Russo family.

Richard graduated from Grove City High School in 1960, and then graduated from Youngstown State University in 1968, with a Bachelor of Science in Business Administration. He spent much of his career in the hardware industry specializing in franchise establishment and support as well as in regional product development and sales while employed by companies such as Western Auto, Ace Hardware, American Hardware, Tel-o-Post and HWI.

A commitment to family was always a resounding theme in Richard's life. He met his future wife, Carol Ann Craig, at Geneva on the Lake in September of 1964. They wed in Butler, Pennsylvania on June 11, 1966, and were married for over 53 years. Together, Richard and Carol raised two sons in Cambridge Springs, continuously affording much love and support. As Richard's health declined, his bond with Carol grew even stronger, and the love for each other grew evermore apparent.

Besides a beautifully large immediate and extended family, Richard had many friendships, old and new, originating from all periods of his life which added meaning and created wonderful memories. So many of these referenced relationships were the source of the great stories for which Richard was known. His loving and generous heart will be greatly missed and will be forever appreciated by many. In lieu of flowers, please consider a donation to the American Heart Association. A memorial/celebration of life service is planned for Sunday, May 17, 2020, in Cambridge Springs (23285 Wilkie Road) beginning at 2:00 PM with a dinner to follow. To send condolences, please visit www.vanmatres.com.
Published on February 13, 2020
To send flowers to the family of Richard William White, please visit Tribute Store.

Send flowers
in memory of Richard

A place to share condolences and memories.
The guestbook expires on May 13, 2020.

David Thompson
Sorry to hear this sad news, Classmate of GCHS 1960, you will be missed by family and friends! Our prayers will be with you and your family. Rest In Peace!!
Dean
I have many fond memories at 144 Brink Drive with my second home growing up. I will always cherish Rich’s great stories, corny jokes and bigger than life personality.
Judy
I was so sorry to hear about your loss.
Linda Fredrychowski
Dear Carol, Mike, Chris and families, please accept our deepest condolences on your loss. Rich was such a great gay, I can't remember a time seeing him that he didn't have a smile on his face. Our thoughts and prayers are with you all.
View all