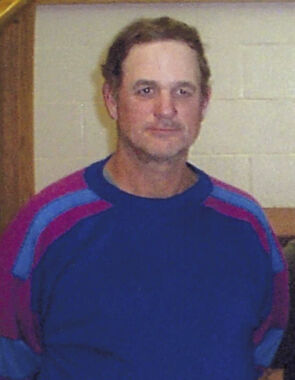 Back to Robert's story

Robert J. (Bob) King, 69, of Harmonsburg, died suddenly Wednesday, January 8, 2020 from injuries sustained in a tractor accident.
He was born October 8, 1950 in Meadville, a son of Eldon L. and Edythe Hecker King. He married Linda Boughton February 11, 1978.
Bob was a 1969 graduate of Linesville High School. He worked at Advanced Cast Products for over 25 years. He also worked as a crop farmer assisting the Amish.
Bob enjoyed hunting, fishing, watching baseball, farming, going to the livestock auction and especially spending time with his grandchildren.
Survivors, in addition to his wife Linda, include a son, Michael King (Amanda) of Harmonsburg; two daughters, Mary Perry (Michael) of Colorado and Michelle Visgar of Vermont; nine grandchildren including Annabelle and Natallya King with whom he was especially close; three great-grandchildren; seven sisters, Marilyn Hassink of Cleveland, OH, Judy Newman (companion Bob Alexander) of Meadville, Sharon Shrock (Eli) of Hartstown, Becky Mowris (Burnie) of Meadville, Diane Carpenter of Meadville, Cindy Jimenez (Hector) of Meadville, and Linda King of South Carolina; a brother, Paul King of Harmonsburg; and numerous nieces and nephews.
In addition to his parents, he was preceded in death by two grandchildren, Victoria and Zane King, two sisters, Mary Beth King and Lynette Spencer; and a brother, Marlan King.
Calling hours will be Monday, January 13th from 3-7 p.m. at WAID-COLEMAN FUNERAL HOME, 12422 CONNEAUT LAKE RD., CONNEAUT LAKE.
The funeral service will be Tuesday, January 14th at 10:00 a.m. at the funeral home.
Interment will be in Evergreen Cemetery, Harmonsburg.
Memorials may be made to the American Diabetes Association, 112 Washington Place, #1520, Pittsburgh, PA 15219.
Memories and condolences may be shared at www.waidcolemanfh.com.
Published on January 9, 2020
To send flowers to the family of Robert J. (Bob) King, please visit Tribute Store.

Send flowers
in memory of Robert

A place to share condolences and memories.
The guestbook expires on April 08, 2020.

Jackie Cole
So sorry to hear of Bob's passing. Thoughts and Prayers.
Sherman
Very Sorry to hear of Bobs passing ! I was in Harrisburg for Pa Farm Show.
Bob was a good friend to Me. We had Good "Farm" talk usually at the Meadville Livestock Auction. Last Spring I bought a curly hair pig and Bob hauled him home for Me. He did not want any Money (I paid $12.50 for the pig) That pig's name ever since that day was / is: "BOB"
Our Prayers and Deepest thoughts go out to the "Kings".
God's Hands hold and comfort You at this time and Always.
Sherman & Arvilla Allen
Donna and Mike Ford
So sorry to hear of the accident. Our prayers are with you .
Tribute Store

Beautiful in Blue was purchased for the family of Robert J. (Bob) King by Tribute Store.  Send flowers

My deepest sympathies to the King family. You are all in my thoughts and prayers. May God give you comfort. I am so sorry for your loss.

Sandra and Allan Jones
Our prayers are with you. Allan and I graduated high school with Bob. We are so sorry for your loss.
View all