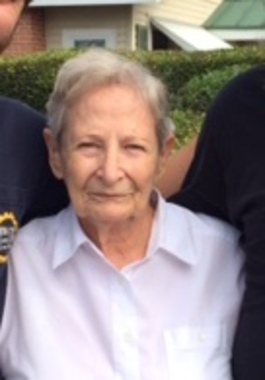 Back to Ruth's story

Ruth L Davison, 91, passed away on April 22, 2019, at Manatee Memorial Hospital, in Bradenton, Florida, after a short illness.
Ruth was a loving and involved matriarch to her four surviving children, nine grandchildren, and seven great-grandchildren.
Ruth was born on May 25, 1927 in Newburg, West Virginia, to Dallis and Margaret Genevieve Beal Murray. She grew up in the village of Richeyville, Pennsylvania.
Ruth married Jack W. Davison in Daiseytown, Pennsylvania on June 15, 1949. They owned a farm in Diamond, Pennsylvania for several years.
They later moved to a home on Route 408, outside of Townville
Ruth was employed at the former Spencer Hospital in Meadville from 1963. She worked there as a nursing assistant, and then as an EKG technician. After moving to Florida in 1980, she found employment at Manatee Memorial Hospital in Bradenton, Florida, and worked there as an EKG technician and department supervisor until her retirement.
Jack W. Davison passed away on December 8, 2010. In addition to Jack, Ruth also lost an infant daughter who was stillborn in 1950, her son, Riley James, who died in 1995, her parents, and several siblings.
She is survived by siblings, Robert Murray of Florida, Margaret (Peg) Lebhaft, Conneautville, Pennsylvania and Shirley Kubicar of Richeyville, Pennsylvania.
Ruth is also survived by her children, Linda Loftin (Donald) of Philadelphia, Jack (Gertrude) Davison, Townville, Marilyn Kaszynski (Stephen) of Duxbury Massachusetts, and Sarasota, Florida, and Catherine Davison-Keis, of Holliston, Massachusetts.
She is also survived by grandchildren Jefferson and Nathan Davison, Dylan Davis, Monica Ruth Lizarraga, Timothy Davison, Adam and Ryan Kaszynski, and Rylee Mei and Kevin Keis. Great-grandchildren include Megan Phillips, Aiden and Rylan Davison, Lauren and James Davis, Sebastian and Ophelia Lizarraga, and Zoey Ruth Davison who is due in October.
A Celebration of Life service was held in Titusville, Pennsylvania on September 1, 2019.
Published on September 10, 2019
To plant a tree in memory of Ruth L Davison, please visit Tribute Store.

Plant a tree in memory
of Ruth

A place to share condolences and memories.
The guestbook expires on December 09, 2019.

Restore the guestbook to view the 2 more posts by family and friends, and share a memory or message of condolence of your own.