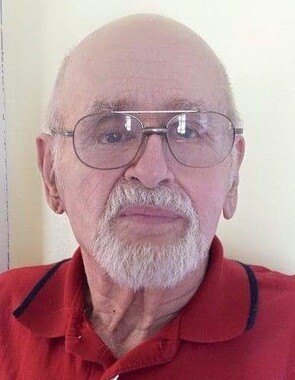 Back to Stanley's story

He was born in Jamestown, PA on March 20, 1930 to the late Charles and Etta (Litwiler) Penniman.

Stan enjoyed hunting, fishing, gardening and tinkering in his garage. He loved his family and enjoyed spending time with his grandchildren and great grandchildren, especially teaching them life lessons, among many other things.

In addition to his parents and wife, he was preceded in death by: a son, Steven D. Penniman; a grandson, Christopher Ellis; two sons-in-law, Donald Ellis, Sr. and David McElhaney; and a brother, Mont Penniman.

Burial of cremains will be at Linesville Cemetery at a later date. He will be laid to rest with his wife and son.

Memorial contributions can be made to: Kindred Hospice, 245 Park Ave, Meadville, PA 16335 or Miracle Mountain Ranch, 101 Rodeo Dr, Spring Creek, PA 16436. Messages of sympathy, stories, and photos can be shared at: www.osborne-williams.com.

Plant a tree in memory
of Stanley

A place to share condolences and memories.
The guestbook expires on March 04, 2020.

Susan Emanuele Briggs
Lesa & Leah,
My Sympathy to you and your families on the passing of your Dad.
Haven't seen you both in many years but still have fond memories of the ice rink days.
Condolences to your families, Sue Briggs.
View all