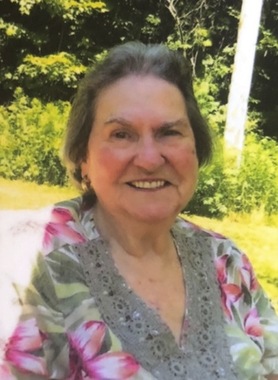 Back to Virginia's story

Virginia L. (Ginny) Weidler, 89, of Linesville, passed away on Sunday, February 9, 2020, at the Meadville Medical Center.
Born March 10, 1930 in Linesville, she was the daughter of Harold and Esther Kimple Minnigh. She married Frank Eugene Weidler and he preceded her in death on September 9, 2011.
Ginny had attended Linesville High School. She was a loving and devoted wife, mother and grandmother and will be greatly missed.
She was of the Methodist faith. Ginny enjoyed watching her children and grandchildren's sporting events, reading, crossword puzzles, cooking and traveling, making a memorable trip with her husband to Scotland. Most of all she treasured time spent with her family.
Survivors include her two daughters, Bobbi Van Dusen (Carl) and Linda Martin; a son, David Weidler (Nicole); seven grandchildren, Cheryl Blood, Jason Myers, Jarrod Myers, Seth Martin (Ashley), Kelly Martin (Danielle) and Kayleen and Michala Weidler; great-grandchildren, Matthew, Kiersten, Dawn Marie, Quinlynn, Bastian, Nell, Huxley and a soon to be great-granddaughter; two great-great grandchildren, Maddox and Meira; a brother-in-law, William Weidler (Beverly); and numerous nieces, nephews, and cousins.
She was preceded in death by her parents; husband; son, Richard (Rick) Weidler; and two brothers, Robert and Richard Minnigh.
Services will be private and at the convenience of the family.
Burial will be private in Linesville Cemetery.
The family suggests memorial contributions may be made to the American Heart Association at www.heart.org or the Wounded Warrior Project at www.woundedwarriorproject.org.
Arrangements are under the direction of Royal-Coleman Funeral Home, 6028 U.S. Highway 6, Linesville.
Please share a condolence or memory of Ginny for the family at royalcolemanfuneralhome.com.
Published on February 11, 2020
To send flowers to the family of Virginia L. (Ginny) Weidler, please visit Tribute Store.

Send flowers
in memory of Virginia

Judi & Mike Weidler
Always loved the family get togethers. So Sorry for your Loss.
Prayers and Hugs to you all.
RussellGriffis
Prayers and our deepest condolences to the Weidler family.
View all